skip to main | skip to sidebar

"The way of life is towards fulfillment, however, wherever it may lead. To restore a human being to the current of life means not only to impart self-confidence but also an abiding faith in the process of life. A man who has confidence in himself must have confidence in other, confidence in the fitness and rightness of the universe. When a man is thus anchored he ceases to worry about the fitness of things, about the behavior of his fellow men, about right and wrong and justice and injustice. If his roots are in the current of life he will float on the surface like a lotus and he will blossom and give forth fruit. He will draw his nourishment from above and below; he will send his roots down deeper and deeper, fearing neither the depths nor the heights. The life that is in him will manifest itself in growth, and growth is an endless, eternal process. he will not be afraid of withering, because decay and death are part of growth. As a seed he began and as a seed he will return. Beginnings and ending are only partial steps in the eternal process. The process is everything... the way... the Tao.

The way of life! A grand expression. Like saying Truth. There is nothing beyond it... it is all."

THIS IS NOT A WAGON 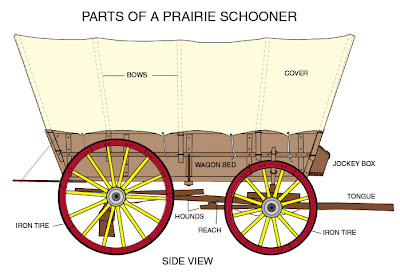 It may appear as if I have fallen off the reading wagon... alas, I assure you that appearances are deceiving! Let me explain...

Whilst I have not been keeping up with my BOOK a week regimen in the last little while, I have been on another adventure known as PURE CREATIVE RESEARCH!!! Yee-haw.

I've been hired by CalArts to direct the US premier (!) of a truly bizarre opera from 1965 called "Loving" by a rather hip cat named R Murray Schafer who coined the truly awesome term "schizophonia"... and as I was brought onto the project rather late, I've been busting my arse trying to get familiar enough with the piece and do enough research to make some fundamental decisions regarding the design and production of this epic piece of avant-art-visual-musical-poem theater.

I've been reading about Abelard and Heloise, Eros, Vanity, Ishtar, Carl Jung's theories on the Anima & Animus, Botticelli's Primavera and all sorts of varied and sundry visual research and inspiration, from the light works of James Turrell to the fashions of 1965, Beach Blanket Bingo, Jean Luc Godard, and the world's smallest drive in movie theater.

In the midst of all that, I'm working my way through William Irvin Thompson's The Time Falling Bodies Take To Light, which has THE BEST FRIGGIN' TITLE THAT I'VE EVER HEARD!!!!

I'll probably have some exciting things to share after tomorrow, which is the first major/official production meeting for the opera. It's happening after a 2 1/2 hour design meeting wherein we shall try to come to some sort of same-page consensus on the look, feel, function, form and aesthetic of this wild and weird piece of work. :-)

This week I resorted to my skinny book technique (in order to stay on schedule in the midst of my post-holiday haze) and read Master Lu Chi's "Wen Fu" (The Art of Writing). Whilst Master Lu's life (as quickly communicated in the introduction) seemed to be a succession of raw fuckin' deals, this lil' book is BOSS. Floats like a butterfly, stings like the bees in the Wicker Man. :-)

Out of non-being, being is born;
out of silence,
a writer produces a song.

X. Shadow and Echo and Jade

When the mind is caged and separate,
the spirit wanders
and nothing is controlled.

The poet calls and calls
into the void,
but nothing answers.

Wanting every word to sing.
every writer worries:

nothing is every perfected;
no poet can afford to become complacent.

I've been reading a lot of books about writing lately, as that is the next step for me in this dissertation process. The ULTIMATE step! Actually WRITING the damn thing.

I have filled myself for YEARS with books and more books and ideas and obsessions -- underlining things, making notes, connections, following threads -- and now it is finally time to step into the wild frontier of actually putting forth my OWN thoughts, ideas, and articulating MY philosophy on the topic that has been the recurring theme in my life, art, and thinking. It's an exciting time to be in the mind of Juli Crockett. And terrifying. Incredibly terrifying.

It is a damn good thing that I recently started meditating regularly. Not only does the journey into effortlessness and emptiness have EVERYTHING to do with my dissertation on NOTHING... the practice itself helps to keep me grounded as I venture deep into the void. Like the 'ol Zen kōan about walking in a circle in both directions simultaneously:

Here I amn't, grounded in groundlessness.

The Books of My Life

juli
My name is Juli and I'm the lead singer of the Evangenitals. I am also the "June Carter" to the world's premier Johnny Cash tribute band Cash'd Out. I am a Vegan and I am pretty damn happy to be alive. I've got a MFA in Directing experimental theater and I'm working on my PhD in Philosophy. I'm an ordained minister of the ULC and I believe in the power of Now, and the power of Love, and the power of Music. I believe in the spiritual revolution and I'm already marching. P.S. I believe in you. Seriously. And I love you, too.